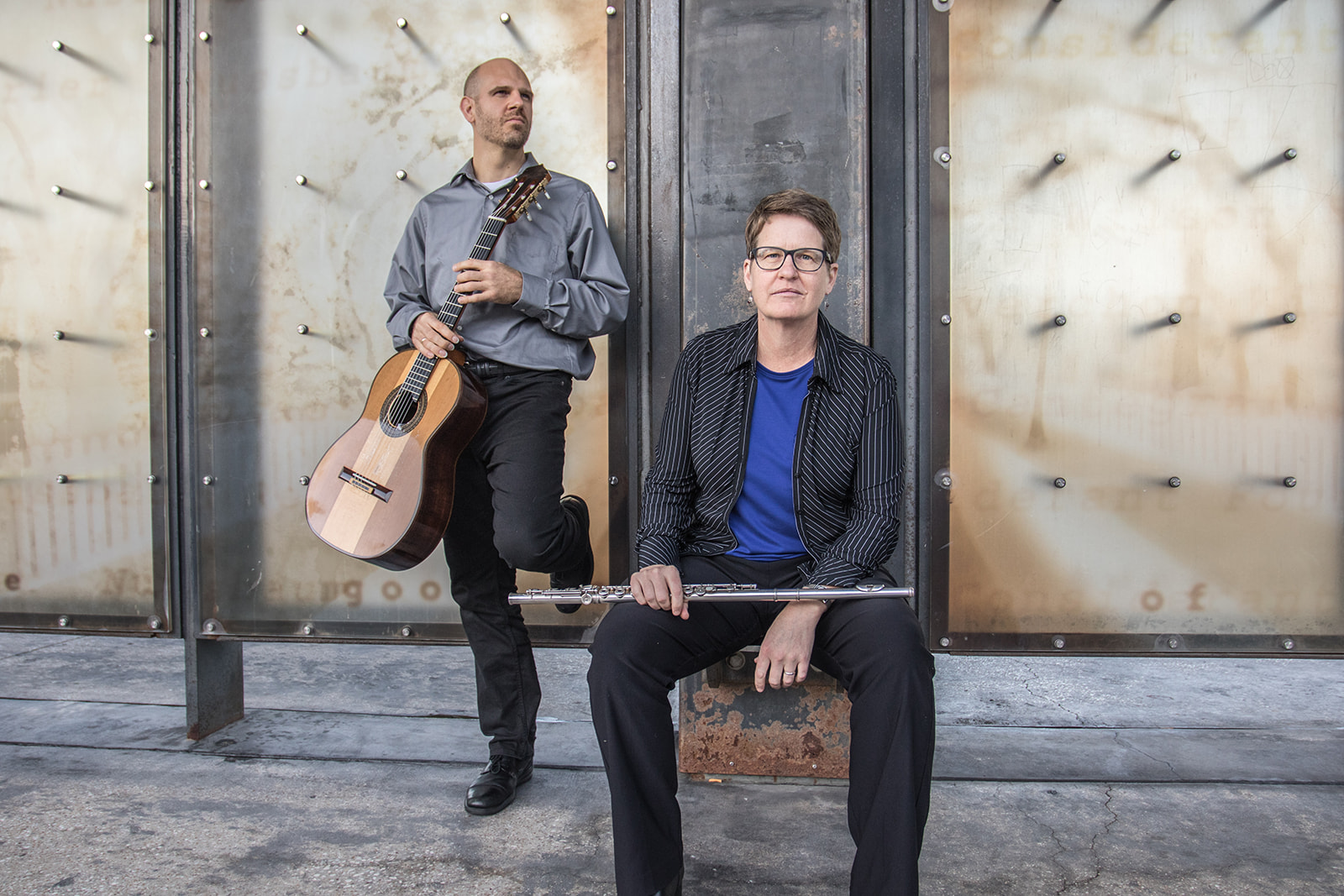 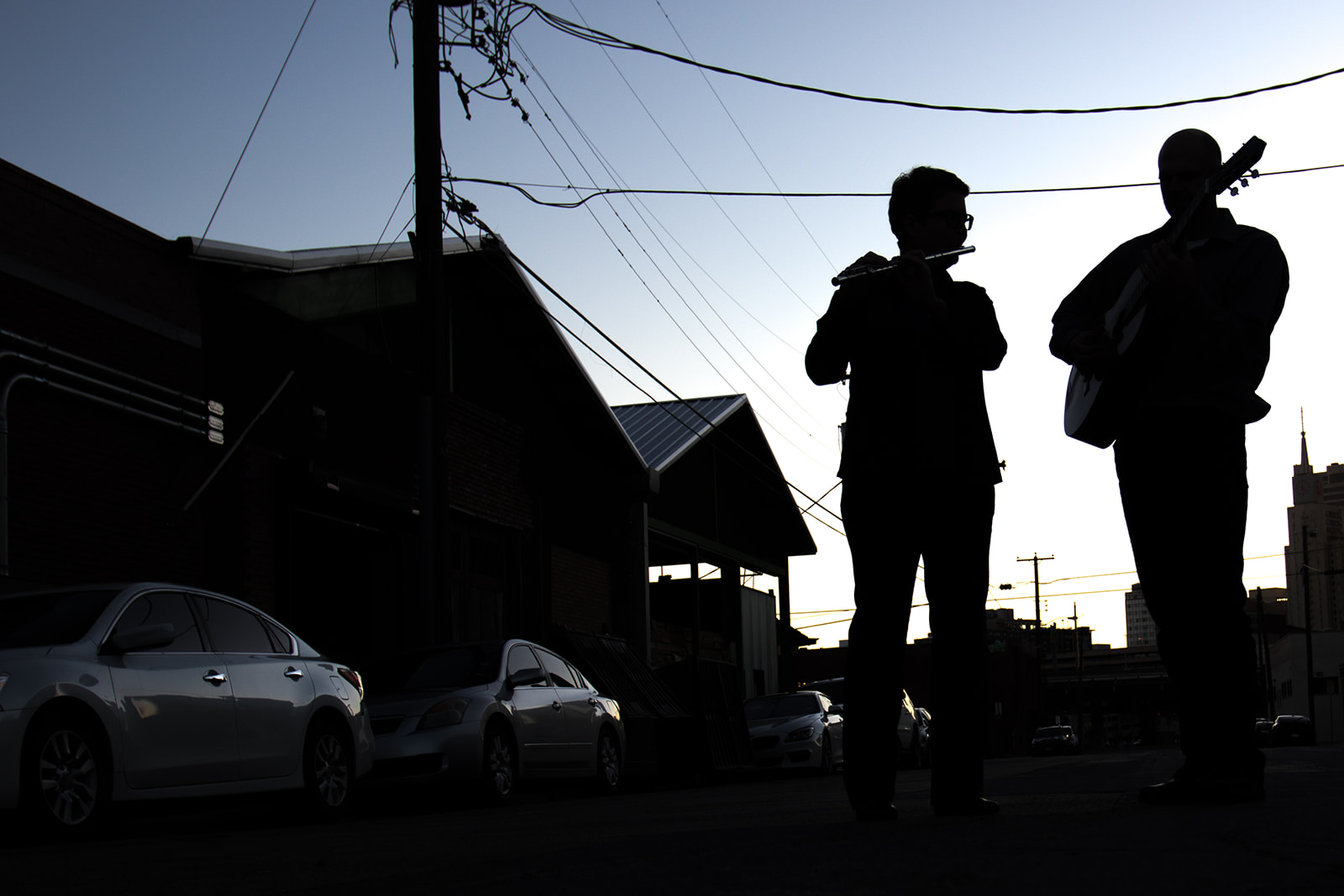 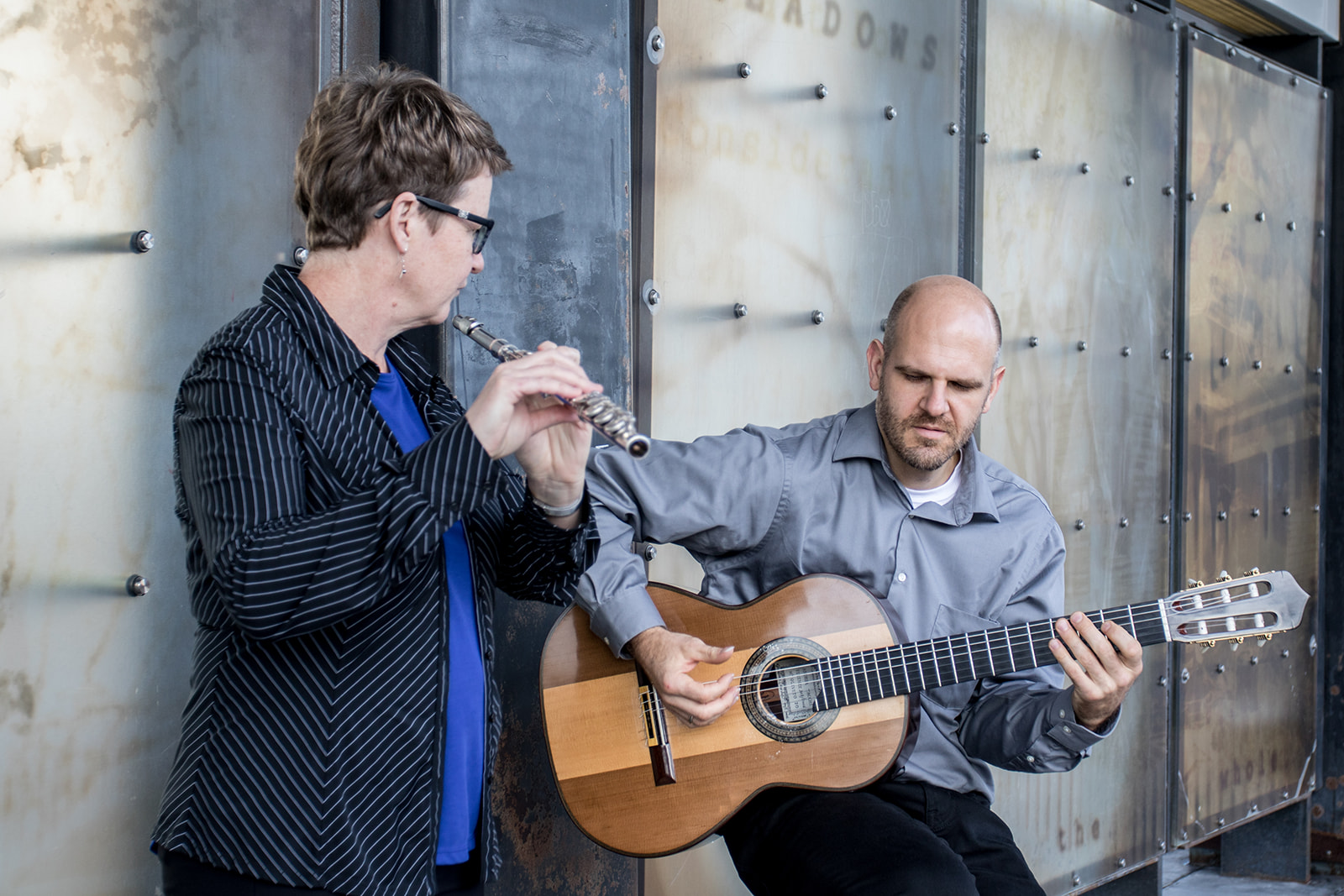 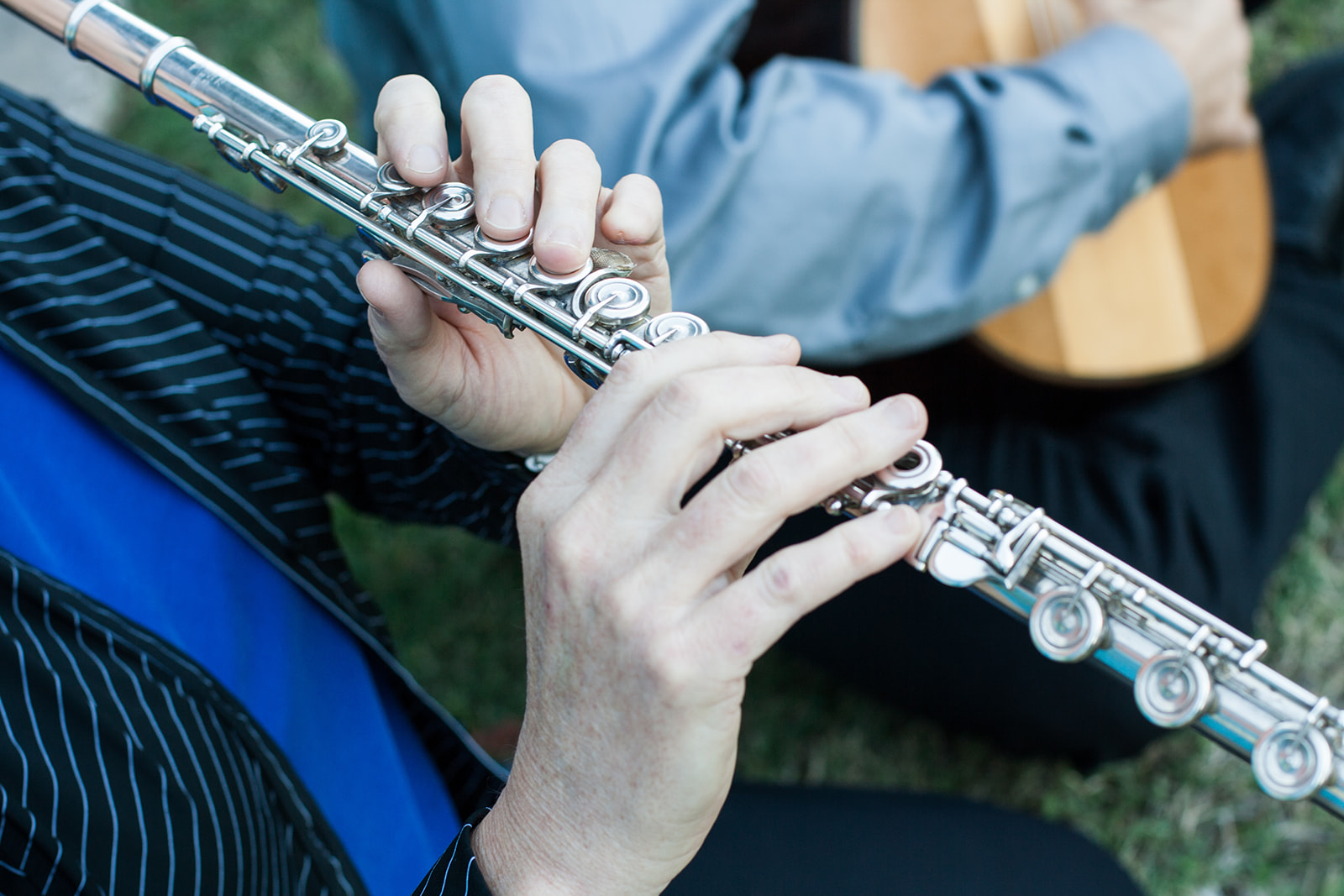 Since 2013, the Gruca White Ensemble has been entertaining audiences with their creative programs featuring music from multiple cultures and genres. Comfortable with both written and improvised musical forms, classical guitarist Robert Gruca and flutist Linda White stretch the boundaries of the standard classical concert by including original arrangements of rock, funk, Latin tunes, and free improvisation.  Impressing audiences and critics alike, “The highlight of the evening was the set performed by flutist Linda White and guitarist Robert Gruca. Their performance of Chick Corea’s landmark composition “Spain” absolutely sparkled.” (Clevelandclassical.com, 2016).  The Gruca White Ensemble presents multiple performances throughout the Cleveland area, and has been featured on WCLV’s “First Fridays” live radio broadcasts. Robert and Linda are both graduates of The Cleveland Institute of Music, holding Masters of Music degrees, and currently teach at The Music Settlement in Cleveland, Ohio.  In 2020, they will release their debut CD A Different Take on the Big Round Records label through PARMA Recordings. 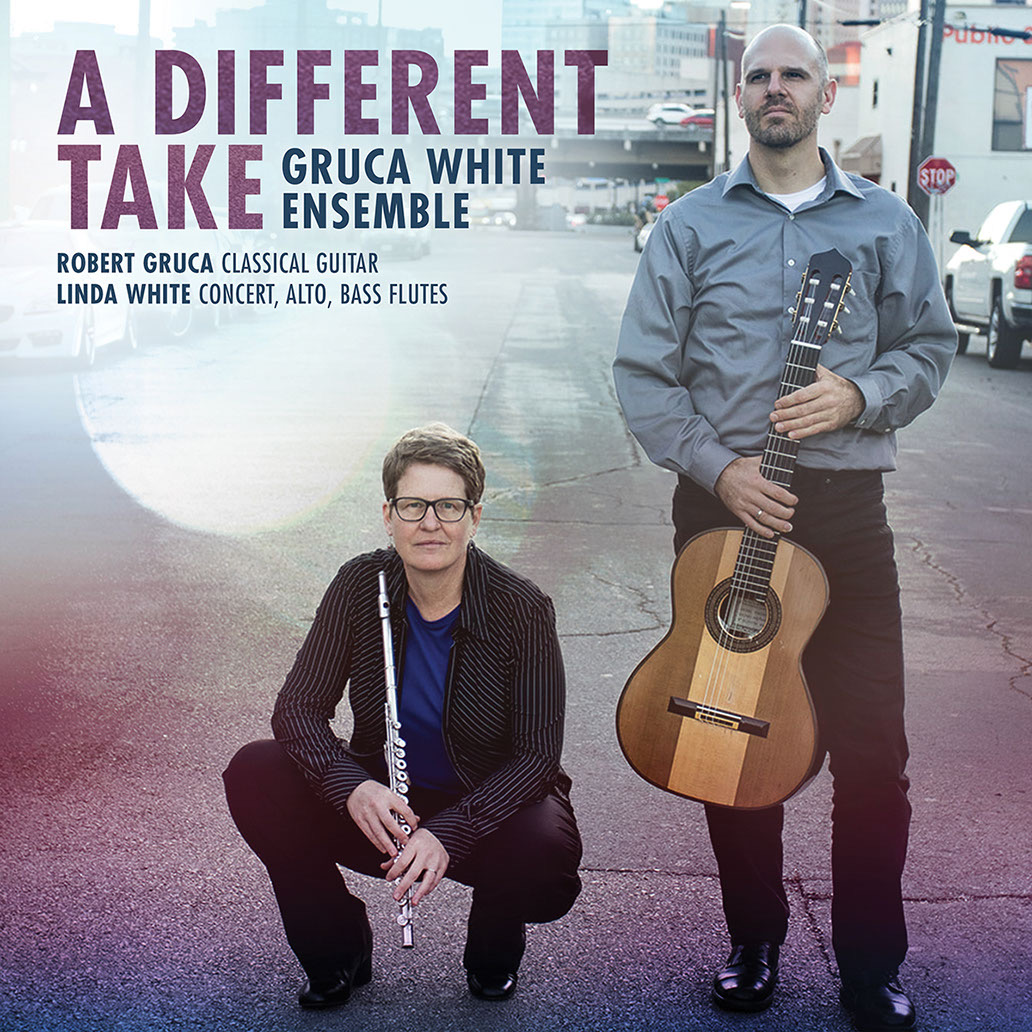 It’s one thing to create a varied setlist exploring one different genre after another, and quite another to pull it off as convincingly as the Gruca White Ensemble does on their latest CD.Read more – clevelandclassical.com 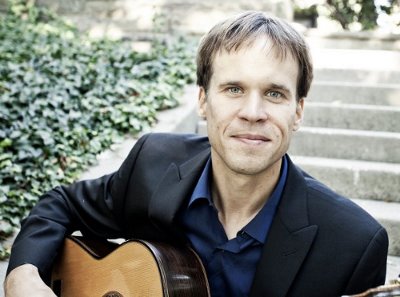 The Gruca White Ensemble is one of the most unique and exceptional duos in existence. Their performances are full of virtuosity, style, and thrills galore. Go hear them!

Astraios Chamber Music loves to feature the Gruca White Ensemble. Bob and Linda are consummate professionals, exceptional performers, creative programmers, and engaging presenters. We have always found them a dream to work with and a delight to present.

The particular strength of the ensemble lies in their diverse programming. Saturday’s concert included standard classical repertoire for the two instruments, along with the duo’s own arrangements of jazz, rock and funk tunes. There were also three short improvisational works interjected at various places in the evening’s printed program.

With their superb musicality, Bob and Linda are clearly an effective team at realizing the complementary nature of these two instruments.

The Gruca White Ensemble never fails to give the ultimate performance. They are creative, entertaining and informative and have a wonderful rapport with their audience.

The Gruca White Ensemble is always entrancing and exciting to hear. Their varied repertoire and excellent musicianship makes for a wonderful concert experience for all ages!

Flutist Linda White and guitarist Robert Gruca are two virtuoso musicians with a repertoire that runs the gamut from classical to bossa nova to improvisations with audience participation. If you have a chance to hear them, don’t miss it.

For inquiries or concert bookings, or to be added to the email list, please fill out the Contact Us form, or email hello@grucawhiteensemble.com.